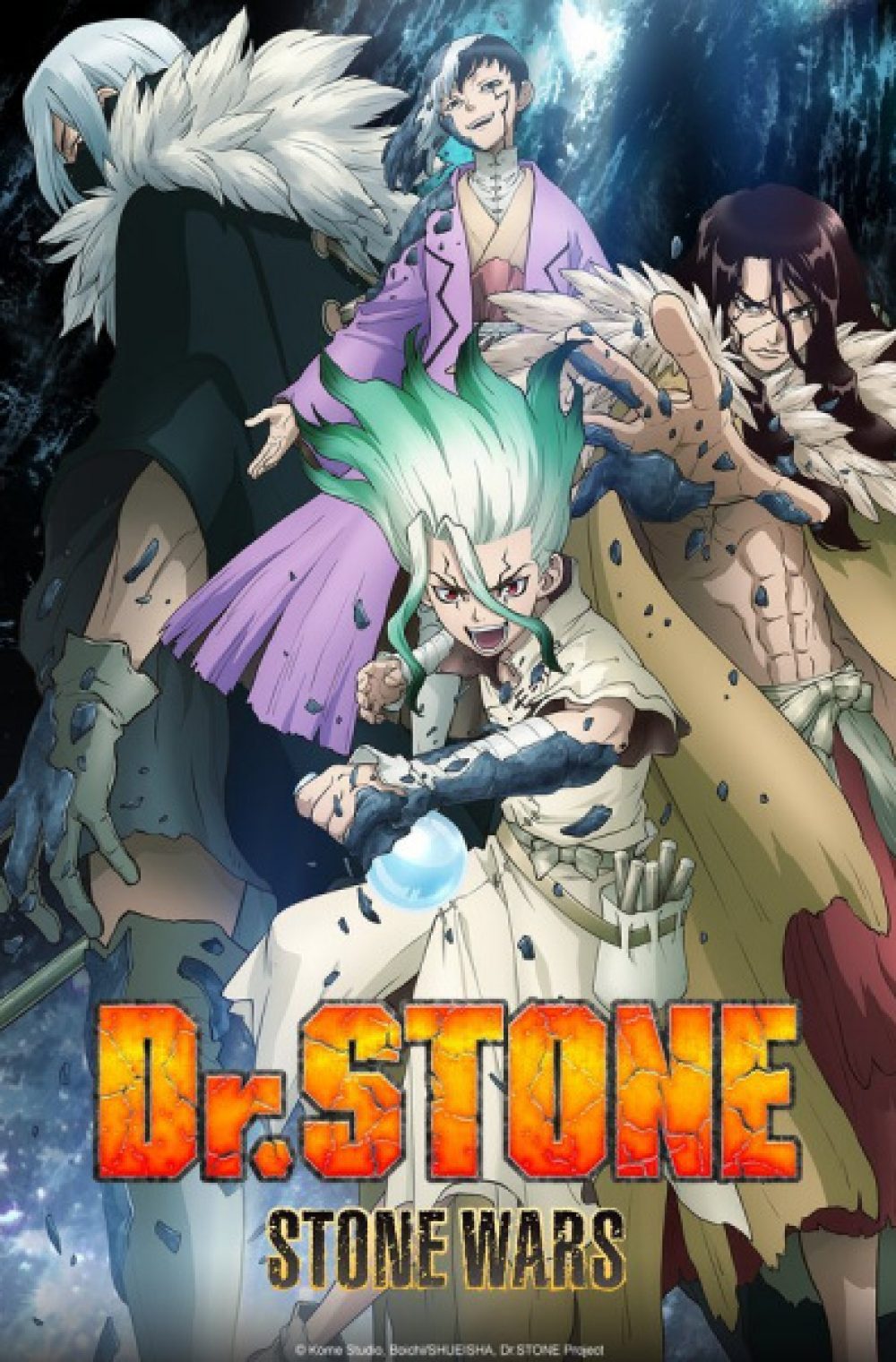 Episode 00 is from the new Jump Festa: “A special episode of Dr. STONE! Senku retells history and gives us a sneak peek of SEASON 2!”

Second season of Dr. Stone. It will focus on the story of the “Stone Wars” arc from the manga series.

When a mysterious light suddenly engulfs Earth, humanity is left petrified, frozen in stone. Thousands of years later, the world is teeming with vegetation, and forests have taken the places of cities that once stood proudly. One of the very first to emerge from their stone prison is Taiju Ooki, who finds that his good friend, a brilliant young scientist named Senkuu, has been preparing for his awakening. While Taiju wishes to save the girl he loves, Senkuu is determined to figure out the cause behind the strange phenomenon and restore the world to its former glory.

But when they free the infamously powerful Tsukasa Shishiou in order to gain an upper hand against the dangers in an unfamiliar world, they realize that their new comrade has other plans. Tsukasa sees their predicament as a chance to start over; free from the corruption and destruction wrought by technology, he will stop at nothing to achieve his goals. With both sides unable to see eye to eye, Senkuu and his devotion to science will clash with Tsukasa and his primal nature in what will truly be a battle of the ages.