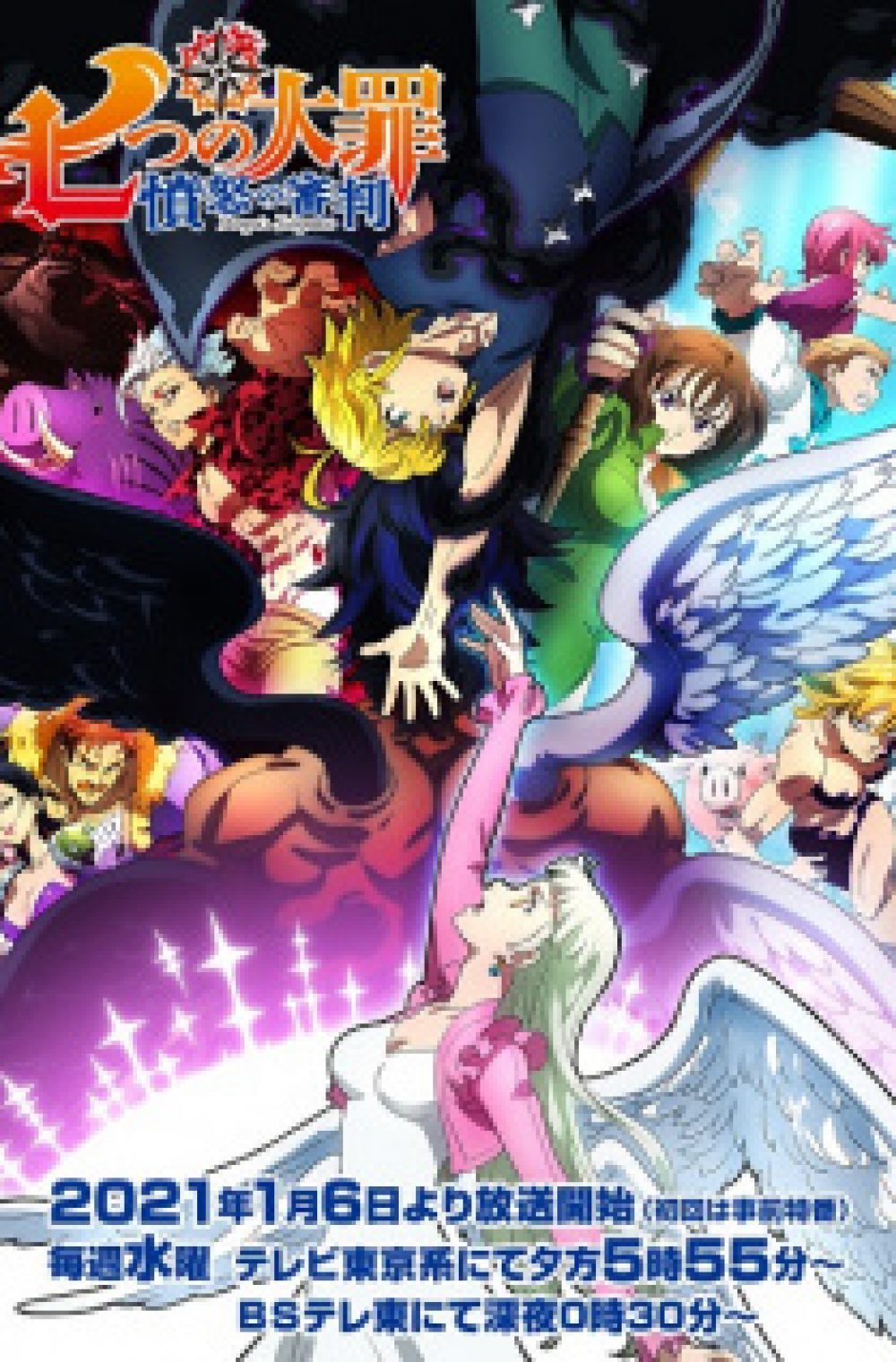 Nanatsu no Taizai Fundo no Shinpan

Fourth season of Nanatsu no Taizai. The Seven Deadly Sins: Dragon’s Judgement (七つの大罪 憤怒の審判, Nanatsu no Taizai: Fundo no Shinpan) is an anime television series sequel to Wrath of the Gods. The Japanese subtitle is originally translated as Anger’s Judgement, but the official English title is Dragon’s Judgement.It was slated to premiere in October 2020 on TV Tokyo and BS TV Tokyo, with the main staff and cast members reprising their roles from the previous season. The opening theme song is “Light That” (光あれ, “Hikari Are”) performed by Akihito Okano, and the ending theme song is “time” performed by SawanoHiroyuki[nZk]:ReoNa.