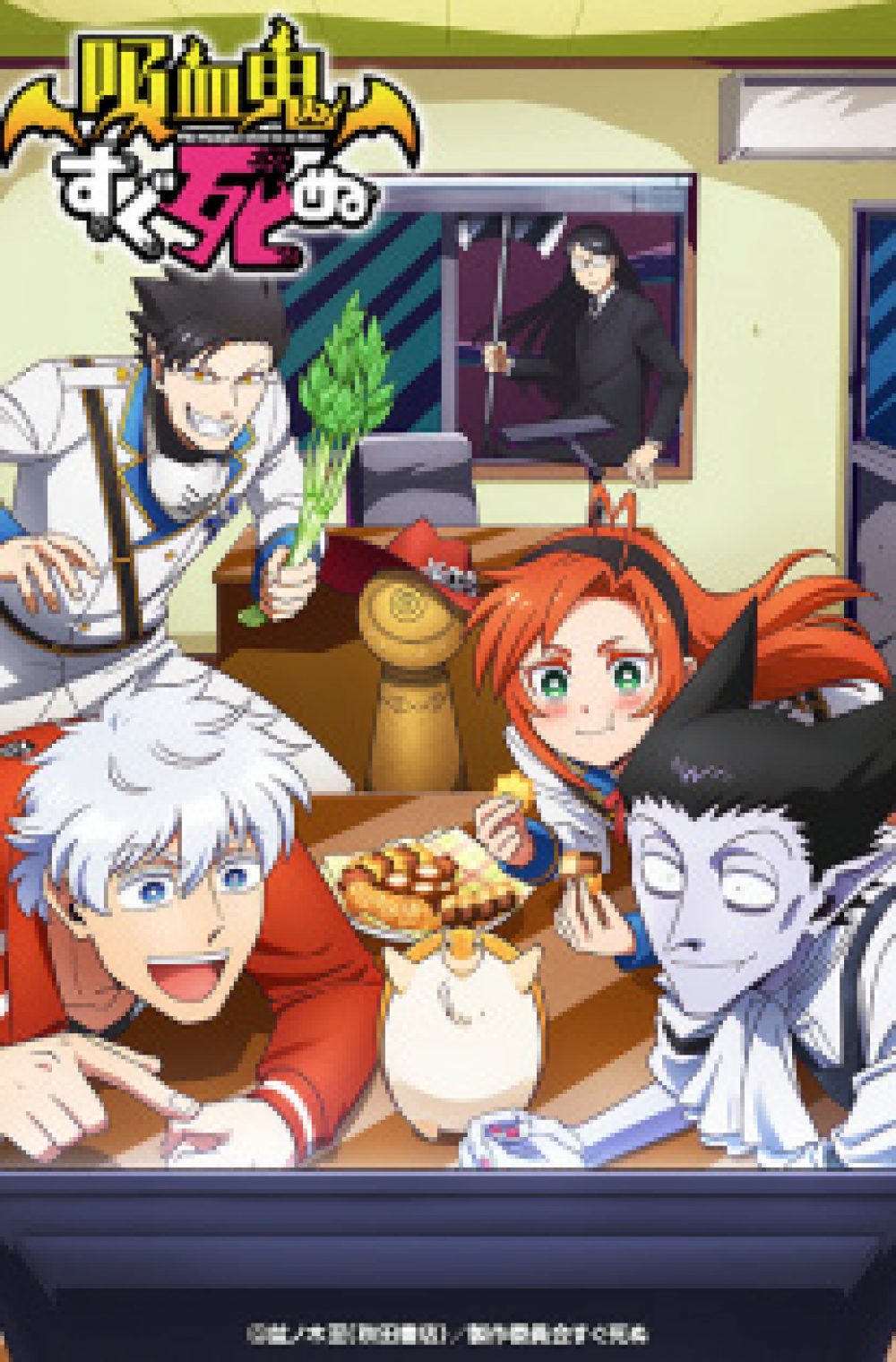 KyuuShi, The Vampire dies in no time.

Vampires are said to have many weaknesses such as garlic, crosses, and sunlight. Game-loving vampire lord Draluc just so happens to be weak to… everything. He dies, turning into a pile of ash, at the slightest shock.

After Vampire Hunter Ronaldo learned of a castle inhabited by a vampire rumoured to have kidnapped a kid, he went there intending to take the devil down. However, the vampire turned out to be Draluc, a wimp who keeps turning into ash at the smallest things. Moreover, the kid wasn’t being held captive—he was just using the “haunted house” as his personal playground!

When his castle is destroyed, Draluc moves into Ronaldo’s office, much to the other’s chagrin. Despite their differences, they must try to work together to defend